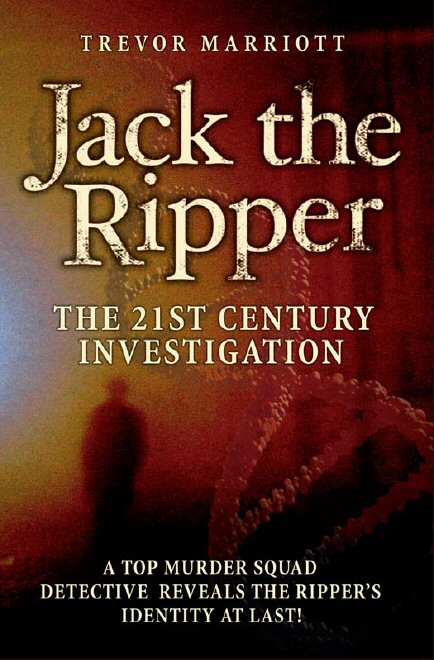 There have been countless attempts to solve the brutal murders committed by Jack the Ripper more than a hundred and twenty five years ago. It seems that almost everyone has their own theory and their own suspect, ranging from the reasonably likely to the entirely preposterous. What this most famous of British criminal cases has always required is a professional eye to analyse with all the benefits of modern investigate techniques.

Now that has been provided in the shape of the man most qualified to solve the case. Former British murder squad detective Trevor Marriott. His long and arduous investigation dispels the rumours, fantasies and urban legends which have for so long stalked through the shadowy world of this fearsome killer. The results are startling: for many years it has been accepted that Jack the Ripper killed only five, but now, it can be revealed that up to nine were victims. And, most astonishing of all, a new prime suspect never previously considered has emerged, with evidence linking him not only to the Whitechapel cases, but to murders all over the world. “Jack the Ripper: the 21st Century Investigation” reveals that suspects true identity at last, and the fate that befell him.

Available in hardcopy and kindle versions.