From my investigation I now believe that the conclusions drawn from the original post mortem’s, and the subsequent inquests were wrong, thereby hindering the police investigation at the time, and misleading investigators and researchers ever since. 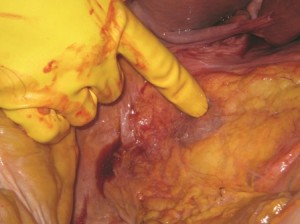 I assembled a team of medical experts consisting of a forensic pathologist, a consultant gynaecologist, and a mortuary eviscerator in an attempt to either prove or disprove the organ removal theory. To that end a number of controlled tests and experiments duly photographed and documented were conducted by these experts who subsequently concurred with my belief that the killer could not have removed these organs at the crime scenes having regards to the time available to the killer, the crime scenes and the condition of the mutilated bodies and the degree of difficulty involved in effecting such removals in almost total darkness in five minutes as was certainly the case with Catherine Eddowes.

As can be seen in the video clip a time of nine minutes is suggested as being the maximum time the killer would have had with the victim at the crime scene. However, further investigative work, and new witness testimony now shows that in fact the killer could have had no more than five minutes with the victim. That time incorporates the killer walking to the crime scene with the victim, and carrying out the murder and mutilations, and then removing the kidney and uterus in almost total darkness, making it an impossible task given the know time frame.

The results of this part of my investigation led me to conclude that the organs were not removed by the killer, but removed, and taken away at the mortuaries by other medical personnel prior to the post mortems being conducted, given the fact that the bodies of Chapman and Eddowes were left for some twelve hours before the doctors returned to carry out the post mortems.

A review of The Anatomy Act 1832 clearly showed that this was common and legal practice at mortuaries as organs for medical research were always in short supply. This being the case it would explain how the doctors when performing the post mortems concluded that whoever had removed the organs from the victims must have medical knowledge. 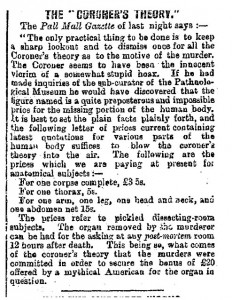 See extract from Pall Mall Gazette September 1888, following the inquest of Annie Chapman where it was mentioned that a mysterious American had been seeking to purchase a uterus for £20.00. .

Other medical tests carried out by my team of medical experts would also cast a doubt surrounding the apron piece which was allegedly cut/torn by the killer from the apron of Catherine Eddowes and discarded a short distance away from the crime scene in Goulston Street. Ripper experts suggest that the killer did this in order to take away the organs in, or to wipe his blood stained hands and knife on. I now offer another two other plausible explanations as to how the apron piece came to be found at that location and who could have deposited it there. Furthermore as a result of what is recorded in official police records from 1888, I now conclude that Eddowes may not have even been wearing an apron at the time she was murdered. So therefore the killer could not have cut or torn it as we have been asked to believe all of these years, 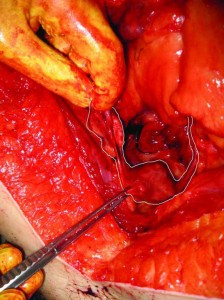 As far as the much talked about graffiti which was found on a wall under an archway at the same location I do not believe that it was in any way connected to the murders and I am able to offer a plausible interpretation.