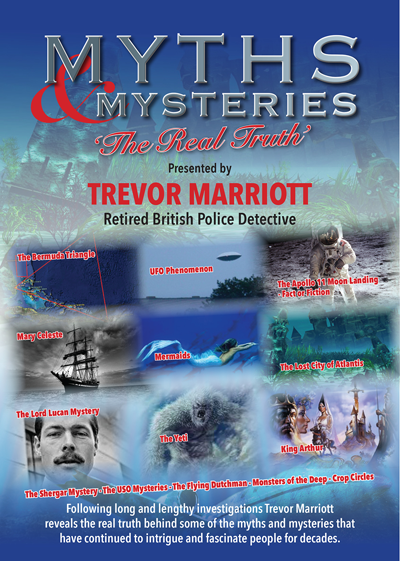 Tour Dates Click HereClick here to buy the accompanying book.
Following lengthy investigations and through this controversial and thought provoking show I am able to finally reveal the truth behind many of the myths and mysteries, which have continued to fascinate and intrigue the public for years, sometimes decades.

This show answers many of the questions posed regarding some of these myths and mysteries such as;
“Did the US astronauts really land on the moon in 1969?”
“What happened to Lord Lucan?”
“Does the Yeti really exist?”
“What happened to the crew of The Mary Celeste?”
“Did the city of Atlantis really exist?”
“Are UFO`s real?”
“Do psychics and mediums really have paranormal powers?”
“Is there a Loch Ness monster?”
“What is the mystery that surrounds The Bermuda Triangle?”
And many more!