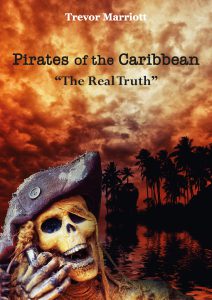 The stories about pirates as we have come to know them have created a picture of adventure and grandeur, but this was never further from the reality of how pirates really existed. Their lives were generally cruel, violent, and very short even for the more successful ones. A pirate’s life at sea usually lasted for only two or three years before they got caught and hanged, or were killed attempting to plunder a ship.

This false picture we see now of pirates and the lives they lived has been created by the countless books that have been published over the years and in more recent times the many pirate films, which have hit our cinema, and television screens, portraying them as swashbuckling heroes, and sometimes scurrilous villains.

This modern-day portrayal of the pirate was perhaps never intended to be realistic, but nevertheless, it has stuck, and the stories behind the real pirates, who sailed the seas, plundering and killing, seem to have been forgotten, or authors and filmmakers alike seem to have been reluctant to tell the true stories, but now the real truth can finally be told.

Available from Amazon in Paperback and Kindle