P.T. Barnum has been immortalized in Barnum the musical, and the more recent award-winning musical. “The Greatest Showman” But was he in reality how he has been portrayed.  P.T. Barnum “The Untold Story” is a 2-hour audio-visual presentation which tells the real truth behind P.T. Barnum and his worldwide rise to fame as an entrepreneur, hoaxer and circus owner. 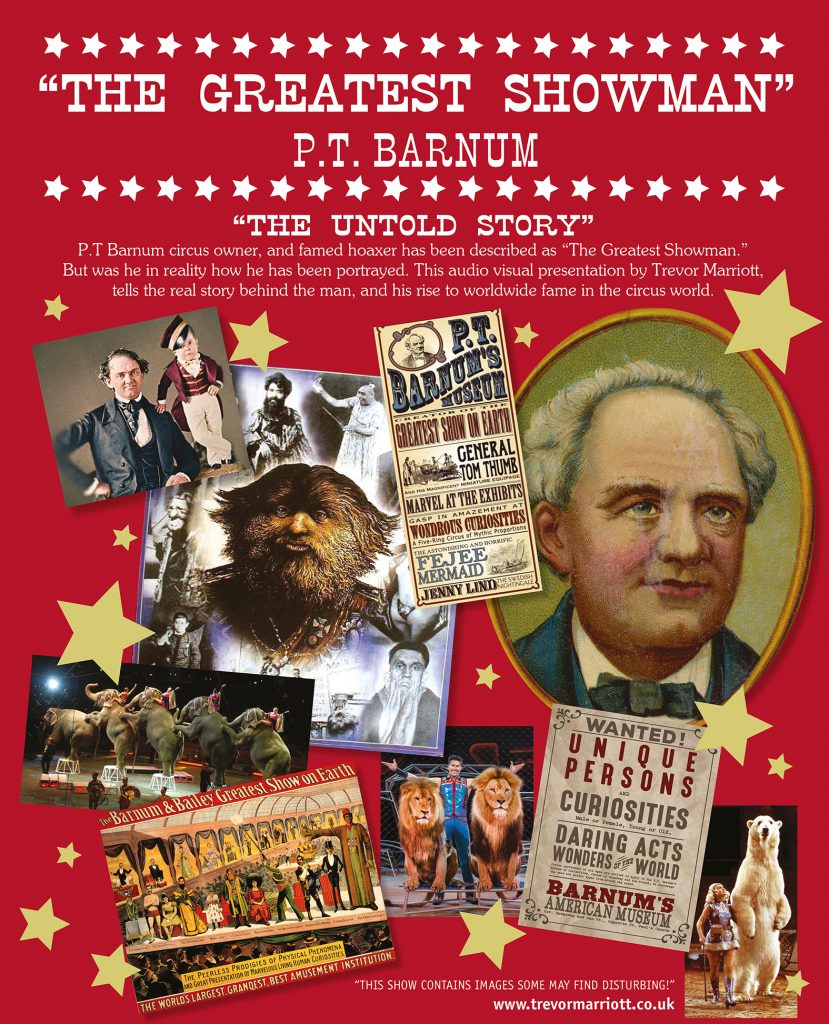 Playing upon the public’s interest in the unusual and bizarre, P.T. Barnum scoured the world for curiosities, living or dead, genuine or fake. By means of outrageous stunts, repetitive advertising, and exaggerated publicity, Barnum excited international attention, making vast sums of money by displaying, and exploiting those with physical disabilities exploiting and promoting them as “Human Oddities” with names such as “The Four-Legged Woman” “The Human Worm” The Ape Woman. The Bearded Lady” “Tom Thumb” Their stories, and many more are featured during this 2-hour show, along with the many amazing animal acts which together made up “The Greatest Show on Earth”

The Untold Story of PT Barnum is also a historical and nostalgic trip back down memory lane for the older generation to the days when the circus came to town. For the younger generation, it is a historical journey back to see and experience the magic of the circus, which they may never have seen, or experienced, which sadly has now all but disappeared forever.

The show contains 140 original photographs and video clips all relative to the show’s content.

This show as well as being interesting, and informative is unique, so early booking is advised.

Colour posters and leaflets will be provided along with publicity materials