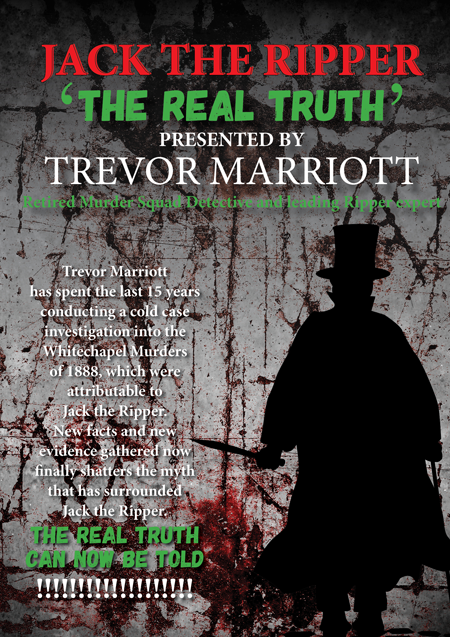 Trevor Marriott is a retired British Police murder squad detective, and leading Ripper expert, who since 2002 has been conducting a cold case investigation into The Whitechapel Murders of 1888 which were attributed to a fearsome unknown killer who came to be known as Jack the Ripper. For the past 133 years, this mystery has captivated the imagination of people worldwide and still does today.

He has now finally concluded his long and protracted cold case investigation with startling new evidence and new facts, which now not only dispel but shatter the myth that has been Jack the Ripper for 133 years.

His two-hour one-man show is packed with pictures from 1888 showing original crime scene photographs of the victims, the suspects, and many other original photographs from 1888 relative to the murders. “Jack the Ripper-The Real Truth” is a show not to be missed.

This show contains some images of a graphic and disturbing nature. No one under 16 will be admitted without a parent or appropriate adult